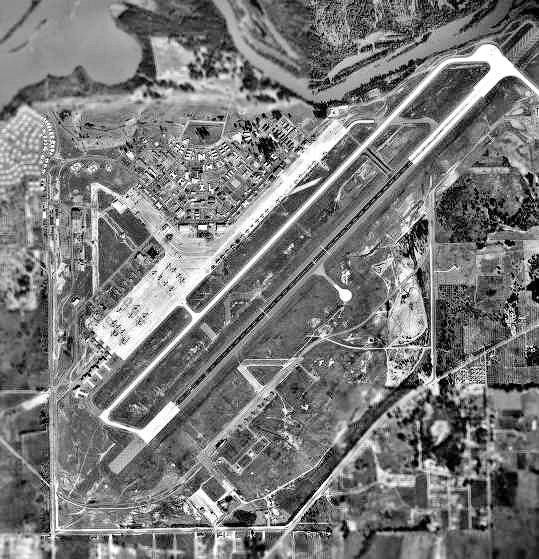 The Turner Air Force Base was opened in 1941. It was closed in 1974. The Miller-Coors, Albany Brewery Co. now occupies part of the base’s site.

It was called the Naval Air Station Albany (Turner Field) at the end. The Navy took it over in 1967 from the Air Force.

In it’s day Turner AFB was a strategic SAC base, ( B52’s bombers, KC135 tankers) with a TAC unit, especially during and immediately after the “Cuban Crisis”. I was stationed there in the mid sixties, this was a nice facility. There was a beautiful golf course, I played often, base chapel, BX, hospital, classic Officers Cub and a modern NCO Club, the base was a self contain facility. I remember seeing my first James Bond movie, “Goldfinger” at the base theater. The movies would change a couple times a week and I was there to see the next attraction. It was a no frills theater, we’re talking military here, but it was a great place to spend a couple hours enjoying great movies.

Turner did end up becoming a navy base after the Air Force. When the navy left and the city of Albany took it over, Miller build a brewery on the flight line and unfortunately the amenities of the base deteriorated without the proper upkeep.

I was in Albany in 2006 and went to see what the old base looked like, not only was it difficult to find, but what was left was only a shell of what was once a viable military installation.