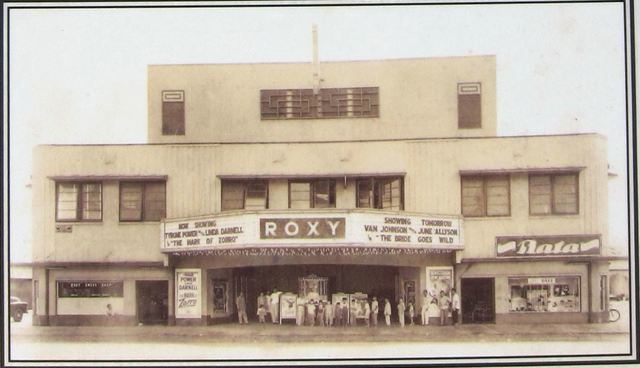 Opened on November 18, 1939, the Roxy Theater in the Kauai town of Kapa'a was built by W.A. and Agnes Fernandez, and designed by C.W. Dickey, said to be modeled after the Roxy Theater in New York City. The first films show were “Lady of the Islands” and “Goodbye Mr. Chips”.

A flood in 1941 almost shut it down but they made a quick recovery. The Roxy Theater had been the only theater in Kapa'a for decades until Hurricane Iniki in 1992 caused too much damage, leading to it being demolished.

In its place is Roxy Square, a small shopping area with a series of stores. It was built by Bill Fernandez, the son of the creator of the original theater.