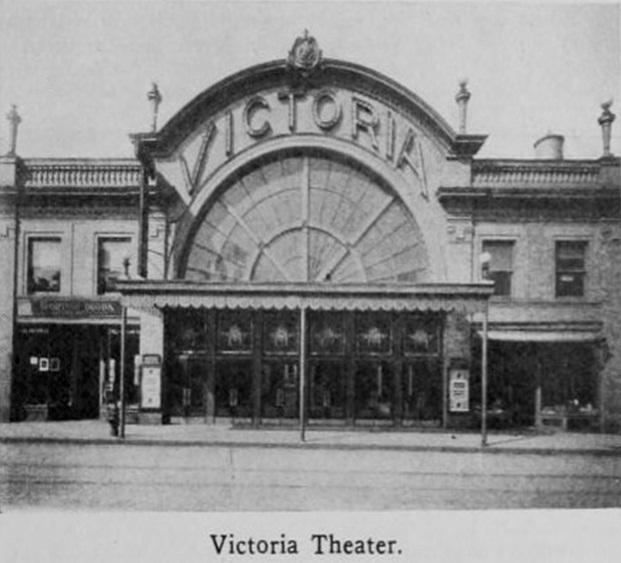 Not one of these theaters survived the Depression and urban renewal. The 1935 plat map shows the site of the Victoria as a parking lot.

This appears on an old postcard of Main Street as well.