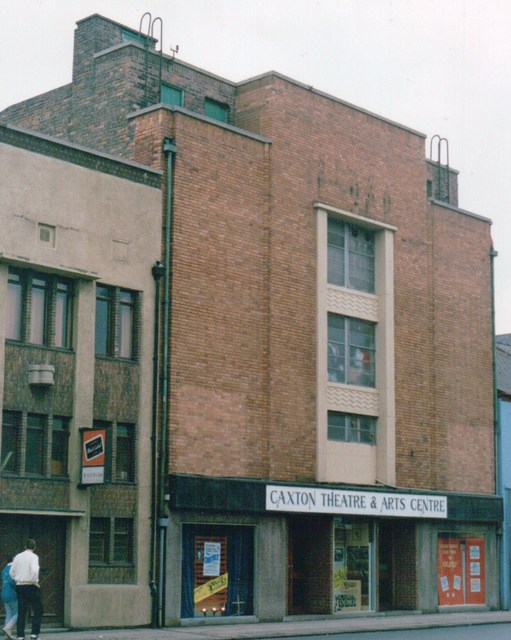 Originally a Primitive Methodist Church, it was converted into the Premier Cinema in 1922. It was gutted by fire in September 1934. Rebuilt in an Art Deco style, it re-opened as the 1,350-seat Plaza Cinema in late-November 1935. It was equipped with a British Thomson Houston(BTH) sound system.

The Plaza Cinema was closed on 5th September 1959 with Fess Parker in “Davy Crockett and the River Pirates” and “Bambi”. It began screening foreign (X) Certificate films and was re-named Continental Cinema. This was later closed and the building was taken over by a radio & TV company. It was later used as a garage.

In 1983, it was renovated and re-opened as the Caxton Theatre.