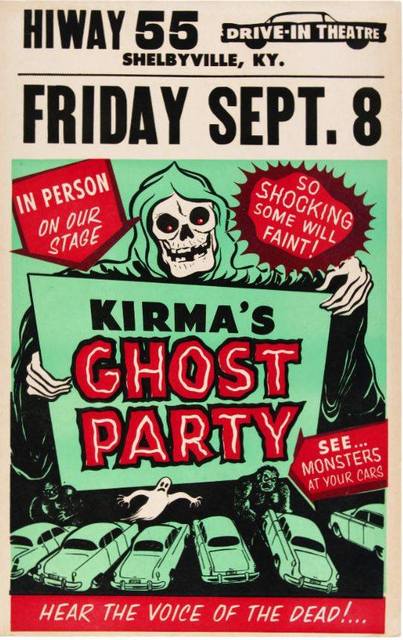 Hiway 55 Drive-In Theatre was opened in 1955. It was located on Highway 55 (aka Taylorsville Road), and was on Eminence Pike on the west side of the highway. It was still open in 1970. All that is left of the drive-in is part of the entrance road.

Thanks for posting. I actually forgot to subscribe to this theatre that I contributed.

This Drive-In was located on the west side of Highway 55, almost exactly four miles north of US 60 at Shelbyville, Ky. It was was built in 1955, managed by W. M. Curtis for the owner, James Head of Lexington, Kentucky. In 1974 Curtis resigned to work for the post office at Shelbyville. Old aerial photographs show the Drive-In still visible in 1985, but probably closed. The projection building was still standing in 1997 but by 2004 had been replaced by a house, with nothing visible of the Drive-In except for a bit of lane leading off of Hwy 55 at 38.260331° -85.202152°. The lane is still visible in 2021. It is near the north west corner of the drive-in grounds, and close to where the rear of the screen was located. A house and garage now sits approximately on the location of the old projection building.