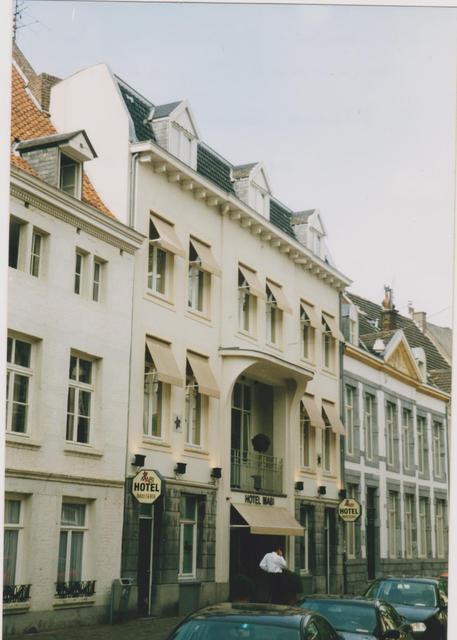 The four storey building opened on the 13th November 1930. The two storey canopy survives although the interior was gutted after closure on the 13th September 1994. The cinema became Hotel Mabi and remains so today (2014) Photoghraphed in May, 2002.

The first cinema on this site was the Gala Bioscoop, which operated from 17th October 1910 to 1912.

The Cinema Pathe then operated from 1913 until 29th April 1930, before the Mabi opened.

After the Mabi closed, in 1994, it was not until 1997 that the building was converted into the current hotel.