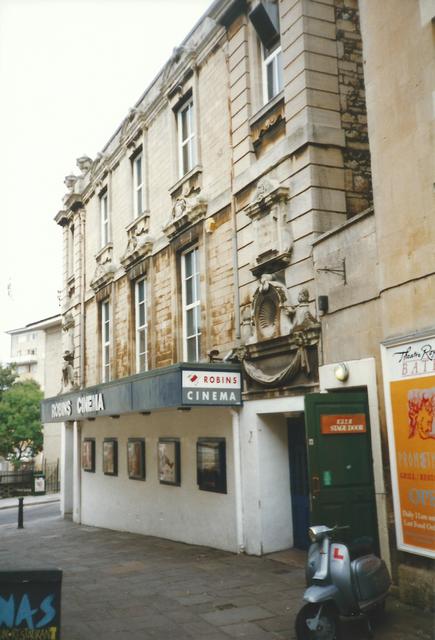 Located in the the centre of Bath. The former disused St. Paul’s Church House/Hall was converted into the twin-screen Gemini Cinema, which opened on 15th July 1976. Seating was provided for 126 and 136.

In the late-1980’s it was taken over by the Freedman family, who operated the Robins Cinemas chain, and was re-named Robins Cinema. In 1991 it was converted into a 326-seat triple-screen cinema, with seating now provided for 126, 151 and 49.

The Robins Cinema was purchased in November 2000 by the adjacent historic 1805-built Theatre Royal. However it remained open as a cinema until closing in January 2004. The building was gutted and converted into a 100-seat childrens' theatre, known as the Egg Theatre which opened on 23rd October 2005.