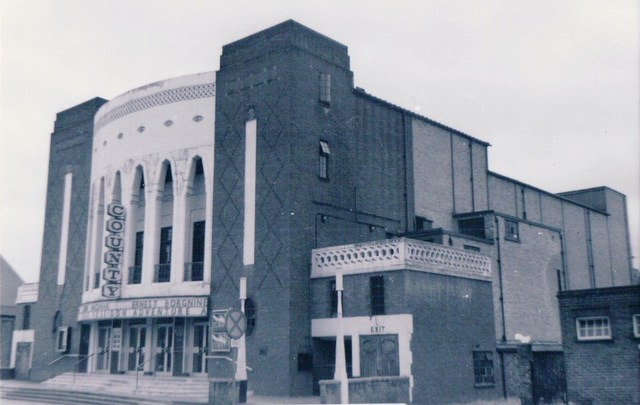 Hertford’s grandest cinema opened on the 10th July, 1933 with Marlene Deitrich in “Blond Venus” and George Raft in “Undercover Man”. Unusually, stalls and circle seating were almost equal at 580 and 578 respectively. There was a first floor café and a stage. The County Cinema passed to Shipman and King in April, 1938 but the cinema ended its life with EMI, who were to close it in a run down condition on the 16th October, 1982 with “The Entity”. It was later demolished and Graham House (offices) and the entrance to Yeomans Court marks the spot today.