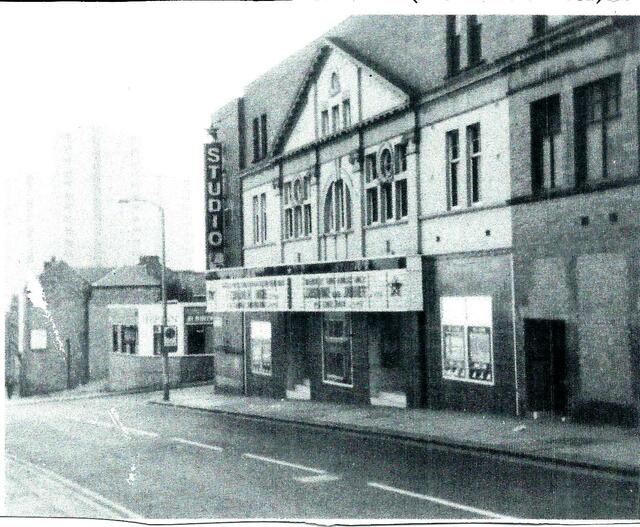 Originally built as the Sans Street Mission in the late-1800’s. It was taken over by the Leeds based Star Cinemas chain and converted into Studios 1 & 2. It opened on 13th January 1969 with David Niven in “The Impossible Years” in the 550-seat Studio 1, and “A Man and a Woman” in the 228-seat Studio 2.

It re-opened as the Eros Cinema Club showing uncensored adult films, which operated for several years. The building has since been demolished and a Salvation Army hostel named Swan Lodge now operates on the site.