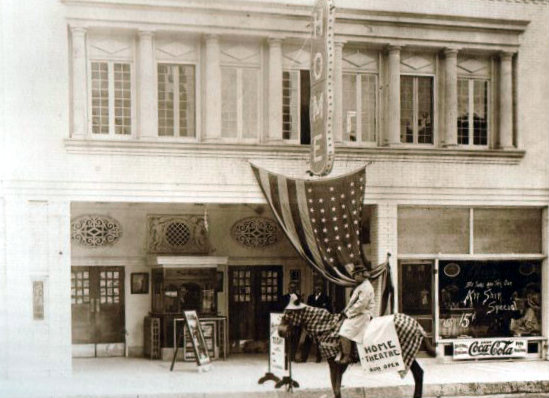 I had a friend in high school who had lived in Portage, but he never mentioned the names of any theaters there.

According to “The Encyclopedia of the American Theatre Organ” by David Junchen, pg. 631, the “Home Theatre” in Portage, Wisconsin, had a two-manual Smith theatre pipe organ installed at some point.

Other than the state, town, and theatre name, and # of manuals, no other details are given in the book.

However, given what I know so far about the Smith firm in its various permutations:

If this organ was installed through about 1916, it was likely a Smith organ made in upstate New York.

If it was installed between about 1917 and early 1921, it was likely Seeburg-Smith organ made in Chicago in the Seeburg factory under Smith’s supervision.

If it was installed between late 1921 and early 1924, it was likely a Smith organ made in Chicago in Smith’s own factory.

Finally, if the organ was installed between late 1924, and the end of the 1920s (c. 1927) it was likely a Leathurby-Smith organ made in Alameda, California. However, the latter is quite unlikely, since I’m not aware of any Leathurby-Smith organs sold outside of the West Coast states (California, Oregon, and Washington).

If anybody knows any more info about this organ, or the theatre itself, that would be great!

The Home Theatre was one of three houses listed at Portage in the 1914-1915 American Motion Picture Directory, the other two being the Crystal Theatre on DeWitt Street and the Empire Theatre, no location given. By 1916 Portage had houses called the Gem and the Majestic, though the latter was slated to close that year.

I’ll add those theaters as soon as possible. Otherwise, the Home Theatre dates as early as 1911.