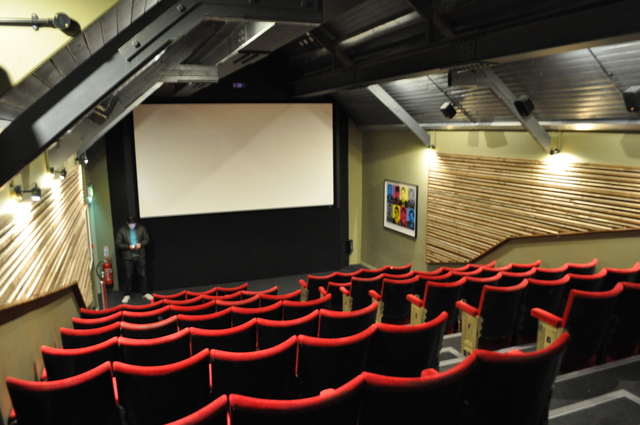 Located in the north London district of Crouch End. Built in 1912 as a Salvation Army Citadel. In recent years the building has been in use as a snooker club and later as live music/comedy venue known as the Music Palace. The Arthouse Crouch End had a ‘soft’ opening on 17th March 2014. Its official opening will be mid-May 2014.

Seating in the main ‘Live Space’ auditorium is provided for 93 on a stadium plan, with 63 seats on the main floor and 30 seats in a separate raised balcony area at the rear. This auditorium will be used for films and live performance events. The smaller ‘Screen’ auditorium was originally a second meeting hall and is accessed further along a corridor on the left side of the building, and entered at the screen end. It has 70 seats on a stepped floor and is at the rear of the building, parallel to Tottenham Lane, and will be used for films only. Both auditoriums have digital projection. The seats which have been installed in both auditoriums are the standard tip-up style cinema seats, which were rescued from cinemas in the north of England and Wales. The foyer also serves as a licenced bar and café.