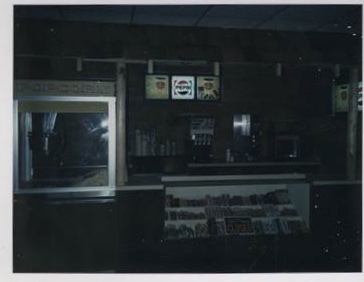 Located in the University Square strip mall. The Hillside Theatre was opened February 23, 1972.

The Hillside Mall launched with its first store on Nov. 11, 1969 but theatre-less. The 420-seat Hillside Theater was added to the shopping center with “The Ra Expeditions” on February 23, 1972. The theater was built for the Midwest Shopping Center Theatre Circuit. The theater had a 15x34' screen and was located at the Hillside Mall between Woolco and next door to Furr’s Cafeteria and would be joined by a gym as its neighbor. The Savard family of the Greeley Drive-In would take on the theater soon after the theater’s grand opening and had a huge hits with films including 1972’s “The Godfather” and with “Jaws” in 1975. On February 23, 1977, Cooper-Highland took on the Hillside.

On July 4, 1977 and a sign of the times, the Hillside reported a streaker running through the theater. The Hillside Mall 250,000 square foot facility was too small to ever become a mall and the space was given a minor tweak and when expanded in 1980 was often referred to the Hillside Shopping Center interchangeably with the Hillside Mall. The theater would leave well before the name change to University Square in 2000 which corresponded with neighboring University of Northern Colorado.