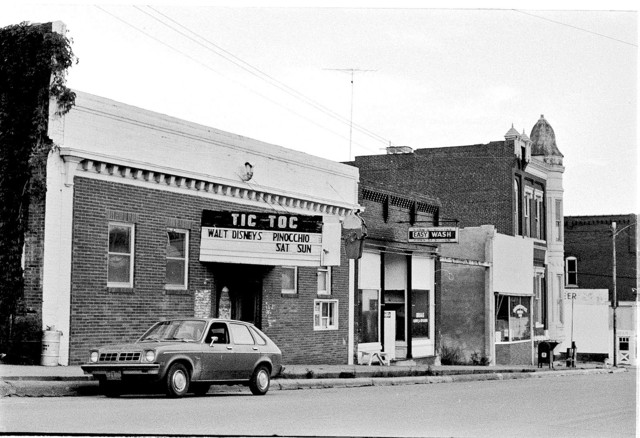 The Sun must have been rebuilt or moved to a new location in 1929, when the January 27 issue of Film Daily said that “[t]he new Sun Theater will open here soon.” The earlier Sun was mentioned in the September 20, 1924 issue of Moving Picture World, when it was operated by an L. F. Cowger. The only theater listed at Coin in the 1914-1915 American Motion Picture Directory was called the Gem.