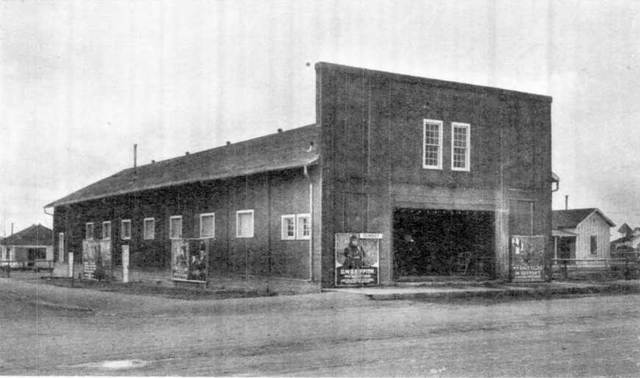 The Tejo Theatre operated from 1915 and continued operating until 1955.

A brief history of Hurley (PDF here) has this paragraph with information about the Tejo Theatre:

“By late 1911 and early 1912, business houses and recreation facilities were starting. A new modern saloon on Cortez street, still in use as the Mexican Casino, was built. Also, an open air theater was built of corrugated iron 8-foot walls, dirt floor, wooden benches and, for the first summer, the star-decked heaven for a roof. A tin roof was added later. It showed silent movies and tickets were $.15 each. It stood where the Chino Club is now, and was operated by Lee Gooding, the village tailor. It was replaced in 1915 with a new modern building built by Chino and located on the corner of First and Cortez. It was leased to Mr. Murray and his son Leroy (the father and brother of Mrs. Beryl Sweske who still lives here). The next manager was Eddie Ward, an ex-Copper League baseball player. He named it the Tejo Theater and it was on the Gibraltar circuit. He ran it until 1955 when it was sold to John W. Galbraith along with the townsite, resold and then torn down and hauled to Deming in 1958. The foundation still remains.”