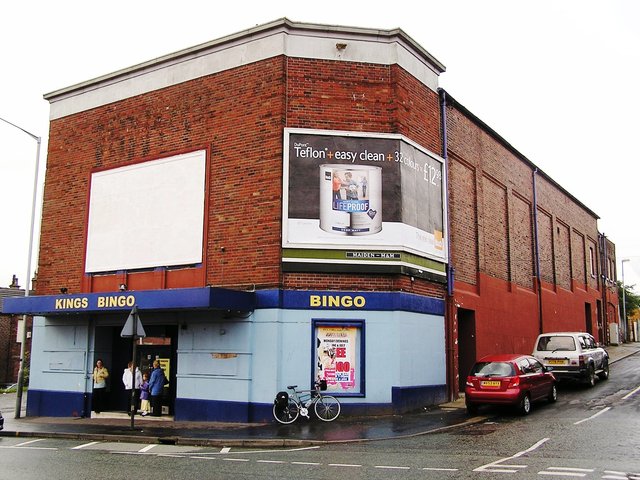 Located in the Lower Place district to the south of Rochdale. The Kings Cinema was opened in 1922 and had a 32 feet wide proscenium. Around 1929 it was equipped with a Western Electric(WE) sound system By 1938 it was part of the James Brennan circuit and was rebuilt to the plans of architectural firm Drury & Gomersall, reopening in February 1939 as the New Kings Cinema. The Kings Cinema was closed in 1969.

It then became an Asian social centre. In 1972 it was converted into a bingo club. In 1987, some modernisation took place and it was given a new façade and entrance foyer. It closed as a bingo club around 2013.