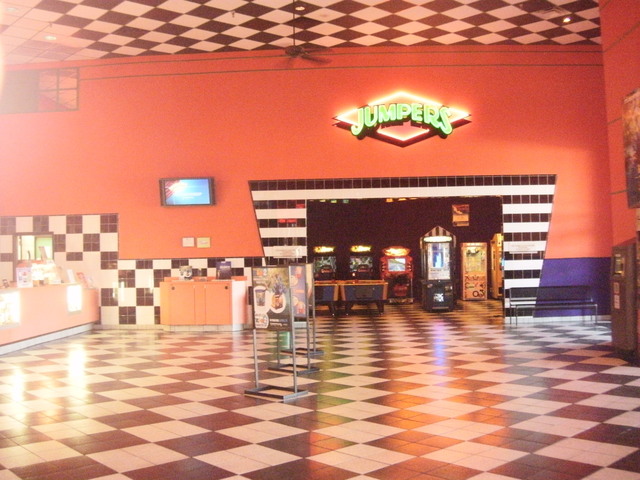 The Vista Ridge 8 was opened on December 14, 1994 by Trans-Texas Theatres. In 1995 it was taken over by Starplex Cinemas. Last operating as a second-run theatre and closed by Cinemark on on November 10, 2019.

The Trans-Texas Vista Ridge Movies 8 opened at an inopportune time for the fledgling circuit. Across the highway, United Artists opened its far superior Lakepointe 10 on the same day that the T-T Vista Ridge was having its grand opening celebration. The Vista Ridge had scheduled sub-run films for the public to get a free look at facility. But with competition just yards away from the Cinemark Vista Ridge 12 inside of the Vista Ridge Mall, the UA Lakepointe and by decade’s end, Rave Motion Pictures just to the North, Trans-Texas bailed and Cinemark took on the struggling 8-plex. It repositioned it as a sub-run discount house. With the departure of the Rand/Hollywood/Silver Cinema 10-screen discount house in the Garden Park Shopping Center, this theater had found its audience continuing strong into the mid-2010s.

I worked as a GM for Trans-Texas Amusements back in 92-93. This theater was their first attempt at building a brand new theater. In my experience there was no way that Trans-Texas could afford to build a new location. The rumors going around when I left was that this theater was actually bankrolled by Cinemark. And that it was Trans-Texas in name only. Trans-Texas was run by J C Mitchell, the brother of Cinemark founder Leroy Mitchell. And all of the Trans-Texas executives were former Cinemark people. Their headquarters were even in the same building in Dallas. They new that UA was planning the Lakepointe up theroad. And they wanted to split the resulting zone three ways instead of two. With Cinemark essentially controlling two-thirds of the zone. I wasn’t rally surprised that when Trans-Texas folded that the location immediately became a Cinemark.

This opened on December 14th, 1994 by Trans Texas Theatres as Vista Ridge 8 and taken over by Starplex Theatres in 1995 Grand opening ad posted.