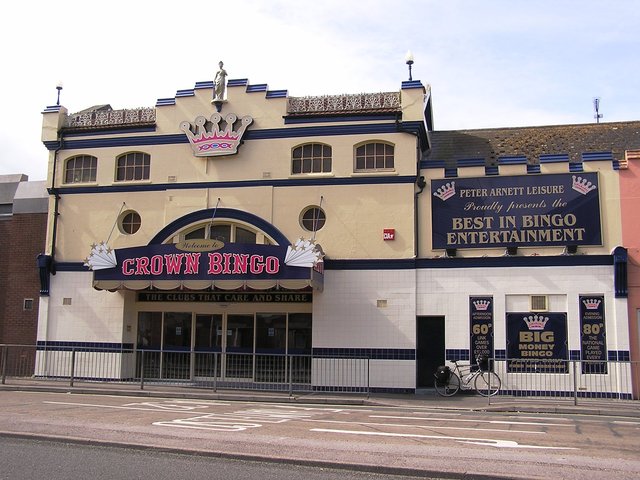 Located in Gosport, Hampshire. The Criterion Electric Theatre was opened by the Criterion E.T. Co. Ltd. on 8th May 1912. It was equipped with a Western Electric(WE) sound system in 1929.

In the 1960’s, the Criterion Cinema was taken over by the Shipman & King circuit, and it was closed in 1968. It was converted into the Crown Bingo Club.

It was announced on 1st February 2020 that the Crown Bingo Club would close on May 3, 2020. However with the lockdown put in place on March 16, 2020 due to the Covid-19 Pandemic, the bingo club was shuttered earlier than expected.