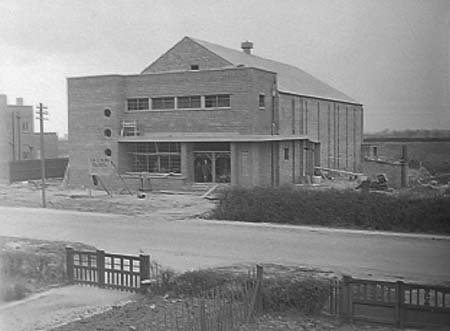 Located in Cranfield, 8 miles to the southwest of Bedford, Bedfordshire. The Ritz Cinema was opened in July 1937. It was operated by London & Provincial Cinemas Ltd. Seating was provided for 396 in the stalls and 60 in the circle. The proscenium was 40 feet wide. It was equipped with a RCA sound system. It was said to be a fairly plain building both externally and internally.

The Ritz Cinema was closed on 3rd September 1939 when World War II was declared, and didn’t re-open until the late-1940’s. It was equipped with CinemaScope in 1955.