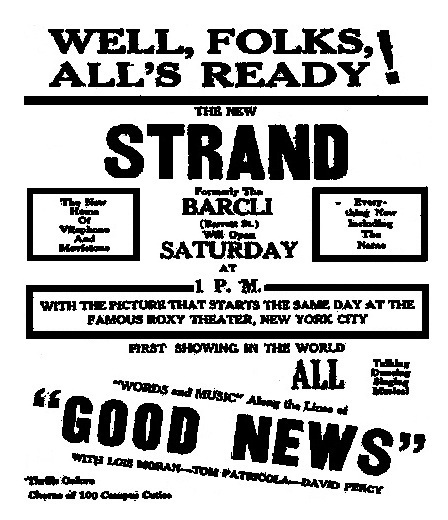 The entrance doors to the theater were on Barrett Street and the exit doors were on Clinton Street. The name of the theater was a fusion of these two touching streets making it the distinctive Barcli Theatre. William E. Gladstone was its first manager and it was owned by Lincoln Theatre operator John Walker. Charles H. Travis was the opening projectionist in 1920.

John A. Miller’s Historic Theaters of New York’s Capital District says that Schenectady’s Strand Theatre “…closed its doors for the final time in 1953….”