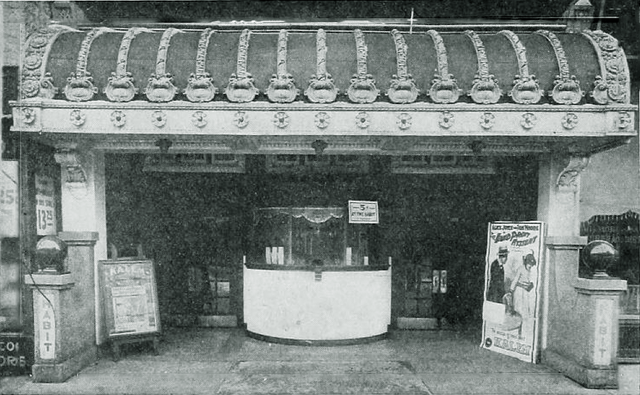 Based on descriptions, I’m guessing that in 1914-1916 this entry was called the Habit Theatre, a branding that was found in the silent era in smaller towns and cities by the Vermillion Amusement Company Circuit. Here’s a picture in downtown Danville from 1914 with L.G. Griffith in control. George Keesner would take over the Habit in 1915 and likely change the name of the small theater. The Danville Theatre Owners Association of 1915 lists the Habit, the Fischer, the Lyric, the Majestic, the Colonial, and the Olympic as Danville’s store-show era silent theaters.