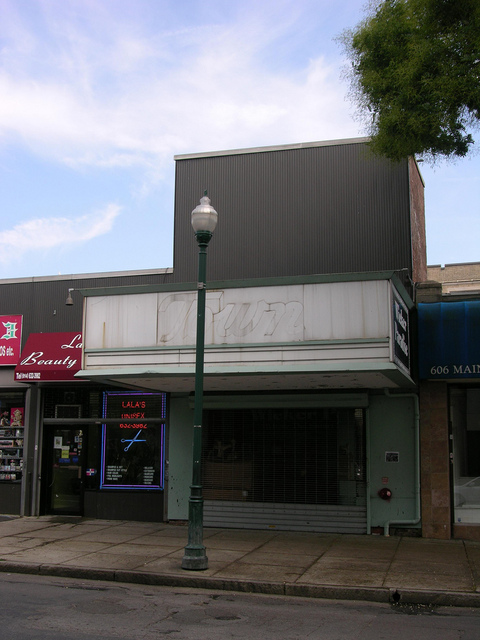 Next to the larger Proctor’s Theatre sits the Town Theatre. It opened as the Trent Theatre on December 9, 1937 and was operated by Interboro Circuit Inc. By 1950 it was part of Cinema Circuit Corp. In the 1960’s it was operated by Brandt Theatres.

It’s latest incarnation is as a pine furniture store.

Brandt was operating the Town in the late 60’s.

Ok this was the place where I saw “live and let die” when it first came out, and boy was the place packed to the hilt. Main street was thriving, all the theaters were open, parking was plentiful food was abundant, the balcony was open and people were happier.
Hereâ€™s to better times.

The theater was opened again for a short time in the late 90’s for a showing of the titanic. Owned by the same people as the Scarsdale 99 cent theater on Garth rd. Scarsdale was demolished for apartments
While the Towne is a Wicker Paradise.

I found historic theatre attendance tallies for this theatre among others while working for the CT Film Fest last week. On Sunday, during the last screening, I self-toured Danbury’s Palace stagehouse on both sides and found the info.

I believe this was originally the Trent Theatre and opened December 9, 1937.

Roger, if you look at the various addresses the Trent would have been further down the street past the Town and the Proctors. I can’t see it in the 1969 image Ken McIntre linked of Main Street.

This was the Trent. I was in New Rochelle looking through old city directories and the Town and the Trent both had the address of 600 Main Street in their times. It was also called the Cue at one point as well.

Uploaded a picture from the day.