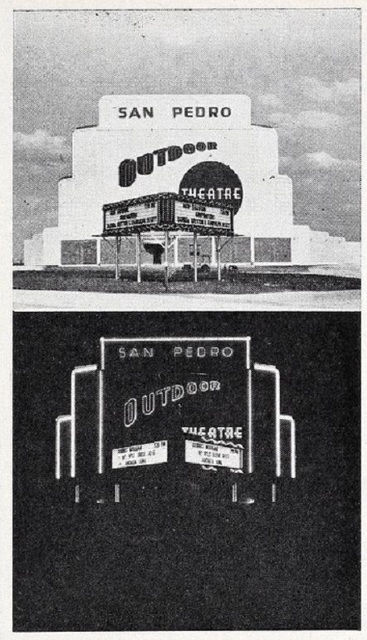 Located in the north of San Antonio on San Pedro Avenue and W. Rampart Drive. The San Pedro Outdoor Theatre was opened in April 6, 1948 with Joan Crawford on “Daisy Kenyon”. It was operated by Charles Albert. It had an 800-car capacity and there was a 100 seat area for walk-in’s. By 1955 it was operated by Joe Wolfe. It was closed and demolished in 1965 when the second San Pedro Outdoor Twin Theatre was opened at San Pedro Avenue and Bitters Road (it has its own page on Cinema Treasures).

Boxoffice, April 3, 1948: “SAN ANTONIO, TEX. – Pictures of the new San Pedro Drive-In near the airport appeared in local newspapers. It is owned by Al Wolf, former Warner salesman, and some of his kinsmen, and it will open early in April.”