M.E.L.S. at the Starlite Drive-In

M.E.L.S. at the Starlite Drive-In (Official) 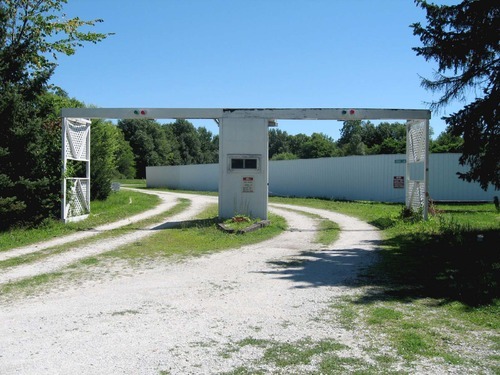 We’ll use this site to introduce our business and explain the goods and services we have to offer. The Drive-In opened in 1946. The screen used to sit on the south side of the property until a tornado came through, and when the owners (at that time) rebuilt they moved it to it’s current location on the west side. We have the capacity for over 300 cars in an evening. We have a large selection of food items at our concession stand along with the traditional Movie Loves of Fresh Popcorn, Soda and Candy; you can get a variety of sandwiches, we also have a fresh vegi box with ranch dipping sauce for the more healthy alternative.

They have a drive now going on to raise funds to go digital.

Still have a link on their website for the Digital Projection drive. I do not know what movies are still being made in 35MM but according to their Facebook page they have shown just about every new movie that has come out this year. So either there are still a ton of 35MM films coming out or they switched at some point and haven’t publicized it.

For a drive-in that’s supposed to have had so many name changes, my sources are very consistent:

Just for you, dear Cinema Treasures reader, I ponied up the cash to Newspapers.com to find most of the answers to our questions, all in one July 1998 article. According to the Indianapolis Star:

Harry Ziegler founded the drive-in, which opened in 1946. (That plus the weird capacity number makes the single Morrison mention look like a misplaced index card in the Theatre Catalog files.) Ziegler showed Mother Wore Tights on a 16mm projector he operated from a chicken coop.

John Osborne bought it in 1972 from the retiring Ziegler.

Mike and Melanie Roth bought the “deteriorating” facility in 1994, “fixed it up and renamed it Mel’s after Melanie.” (Dunno when Mel’s became M.E.L.S.) At that point, they were only the third owner.

OTOH, the article always referred to the pre-Mels name as the Starlite, and claimed it was “the second oldest in the country”, so like all sources, it’s not perfect.

Rick and Elaine Dearduff bought the drive-in in 2003; that may have been when they added the periods to make it M.E.L.S. As of May 2017, they still own it.