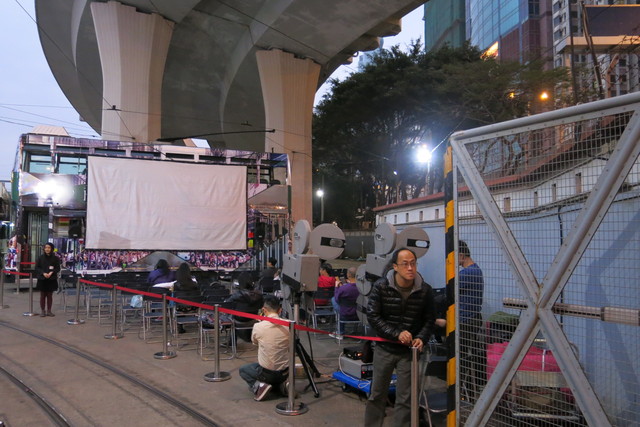 As a celebration of the 110th Anniversary of the Hong Kong Tramways in 2014, the tram depot at the Whitty Street was converted into a small open-air cinema with 100 folding chairs, and a screen on one side of a special decorated tram. Three free screenings of Cantonese films with tram scenes were shown at the cinema on 15th March, 12th April and 14th June. After the last screening, the cinema had been closed.