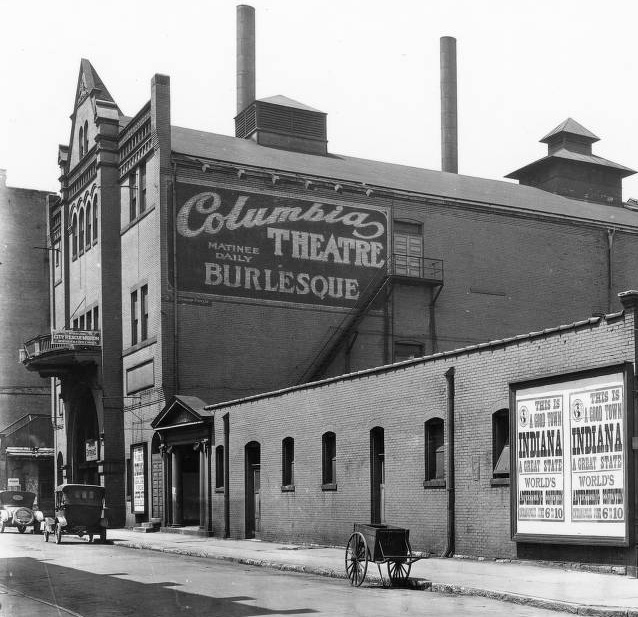 The Empire Theatre opened in September 1892, with an address given as 138 N. Delaware Street, although in reality the building was up a side alley, today known as E. Wabash Street. Seating was provided for 1,010. In October 1896 it was screening moving pictures on Thomas Edison’s Vitascope. It was renamed Columbia Theatre in 1913 and was offering burlesque, with films playing every Sunday. Just before its closure in 1923, it went back to its original Empire Theatre name. One of its final attractions was headed by a young Ethel Waters.

In its thirty years existence, the theatre hosted opera, burlesque shows, dancers, wrestling matches, dramatic readings, vaudeville acts, and later moving pictures. It was one of several theatre’s to operate over the years in Indianapolis with the Columbia name.

For several decades the old theater building has been used as a garage.

Here is a Historic Indianapolis article with photos of the building in it’s current use as a parking garage as well as several old photos. I worked in this area many years ago and remember the building and wondered about it’s history.