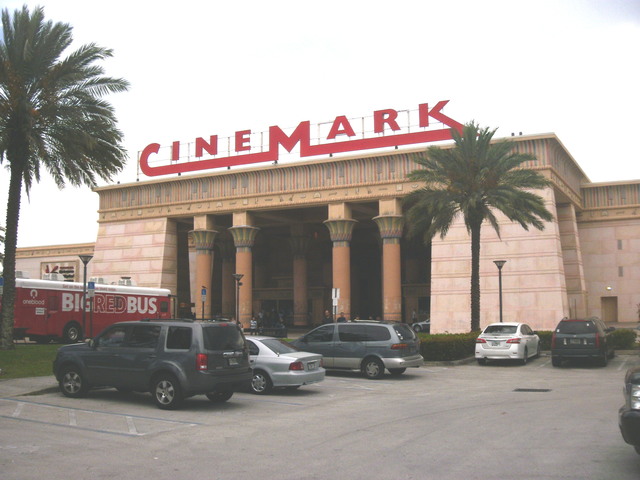 A few years ago I enjoyed walking across the parking lot towards the large exotic building, like I’ve come upon something honoring antiquity, then taking in the details of the lobby before and after a film.

If I remember correctly a depiction of a river (the Nile?) was part of the décor of the floor which I would follow to see where it went. Sometimes I’d sit and enjoy the lobby atmosphere for some time after the cinematic show I came to see was over.

This theater and the Muvico company are discussed on pages 122-127 in the book “The Community of Cinema: How Cinema and Spectacle Transformed the American Downtown” by James Forsher, published in 2003. Included are a photo of the lobby, the exterior, a child care center, with excerpts from an interview with Muvico president Hamid Hashemi from October 2001, woven into the text.

The company’s Egyptian style theater in Maryland looks cool too.

This opened on March 12, 1999, as America’s most beautiful theater. Grand opening ad in the photo section.