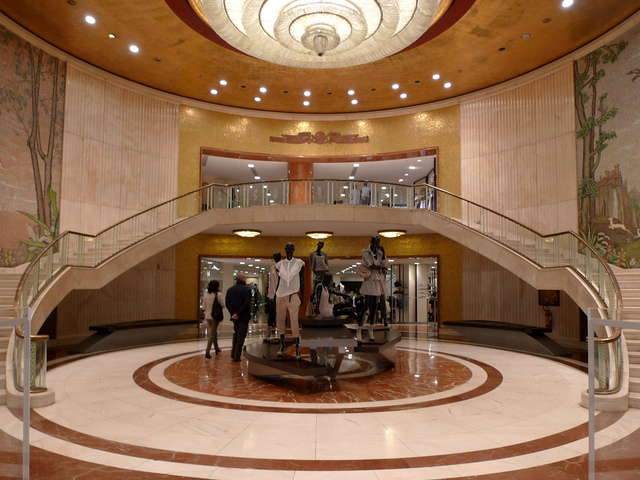 Located in the city centre, behind the Duomo. The Cinema Astra was built on the site of the Cinema Excelsior/Cinema Silenzioso (1905-1940) which has its own page on Cinema Treasures.

The Cinema Astra opened in 1941. On 3rd September 1943 the auditorium was hit by an allied bomb. After World War II it was later operated by MGM (Loew’s) operating as the Cinema Metro Astra from 1958 when it was equipped with CinemaScope with 4-track stereophonic sound, reopening with Gene Kelly in “Les Girls”. Later it was equipped with Zenit projectors by Cinemeccanica for 35mm & 70mm film and a new 6-track stereo sound system was installed. In 1960 Charlton Heston in “Ben Hut” was screened in 70mm Ultra Panavision Camera 65 and 6-track stereo. In 1965 Omar Sharif in “Doctor Zhivago” was screened in 70mm 6 track stereo and in 1983 Ben Kingsley in “Gandhi” and many more productions were screened in 70mm and 6-track stereo. The Cinema Astra was closed in 1999.

In 2008 it was in use as a Zara clothing store. The foyer and grand staircase to the balcony survive intact, together with two huge wall murals and chandelier. Inside the auditorium it has been restructured on two levels with a central atrium. One on the original ceiling light roses still exists. The Zara store was renovated in 2019.