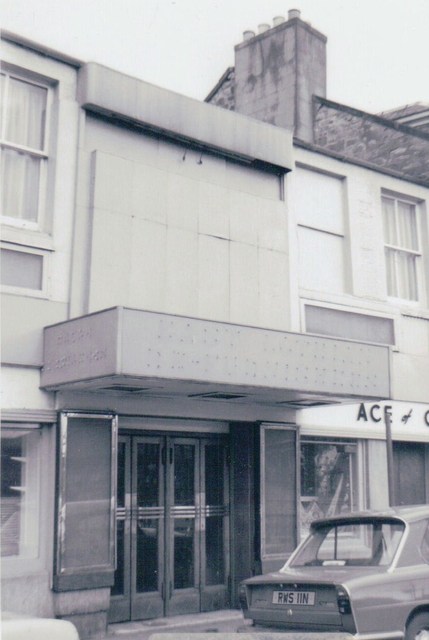 Located in Tranent, East Lothian. The Picture House was opened in 1921 by William Codona. Seating was provided for 600, all on a single floor. The proscenium was 25 feet wide. In 1937 a balcony was added and this increased the seating capacity to 750.

Around 1945 it was renamed Winton Cinema. The Winton Cinema was closed in the 1960’s, but reopened as a cine-bingo operation which continued until 1972. It then became a warehouse.

In 2013 it was converted into a church. In April 2018 it was announced that funding had been secured to restore the building to become a community arts centre.

On 9th April 2018 Third Force News reported that this cinema is set to be restored to its former glory after a mammoth fundraising effort from the local community.

The Fraser Centre Community Trust project looked like it was facing crisis point in February when it realised it had to raise £400,000 by the end of March. However, through a combination of design savings and additional fundraising, including a passionate response from the local community, the group has now said it has achieved its £2.9 million target and the project will go ahead.

The trust’s intention is to transform the former picture house into a hub for learning, development, arts and entertainment in the heart of the town.

Building contracts have been signed and the project is expected to commence in the next few weeks. The trust will continue to fund raise for the purchase of cinema equipment, raked seating and decorative features which have been removed during the cost saving exercise.