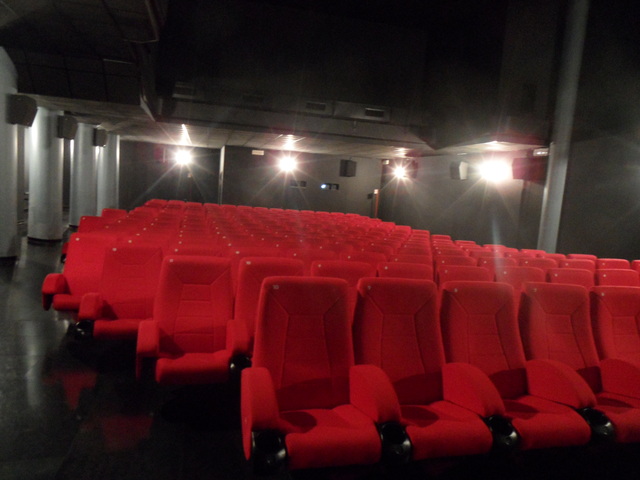 As with many cinemas constructed within existing buildings in historic Italian cities, the entrance to the Cinema City is in a very narrow alley. This can be reached from the equally narrow Vico dei Garibaldi, just down from its junction with main road Via XXV Aprile. According to the staff, the Cinema City opened in 1911 and eventually became a porno house before adopting the current mix of art house and mainstream. Uniquely for Genoa, films are only shown in their original language (albeit sometimes with Italian subtitles). The main screen (with 178 seats) has a reverse rake similar to the Prince Charles Cinema in London’s West End. The smaller second screen has 57 seats. Both auditoriums are at basement level.