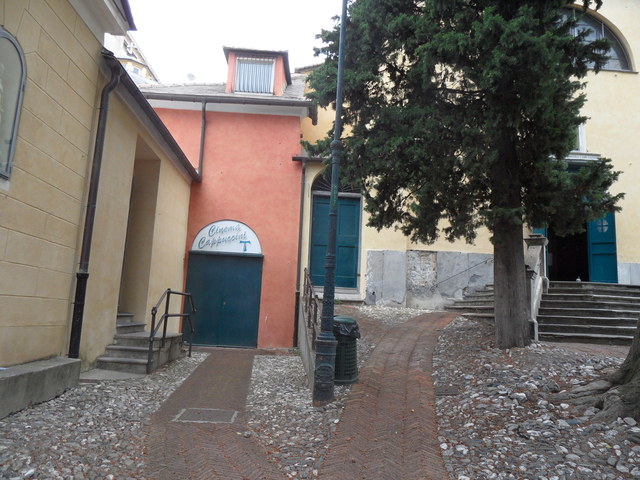 This small, single screen cinema has one of the most modest entrances I have ever seen! Unfortunately it was closed when I called by, so all that was to be seen was its rather basic doorway! Also rather oddly, the cinema appears to be housed within buildings adjacent to (or even part of) a church, SS. Concezione. An illustration of the auditorium is in the poster case (which is round the corner, in a side street!) but this was too small and inaccessible to be photographed.