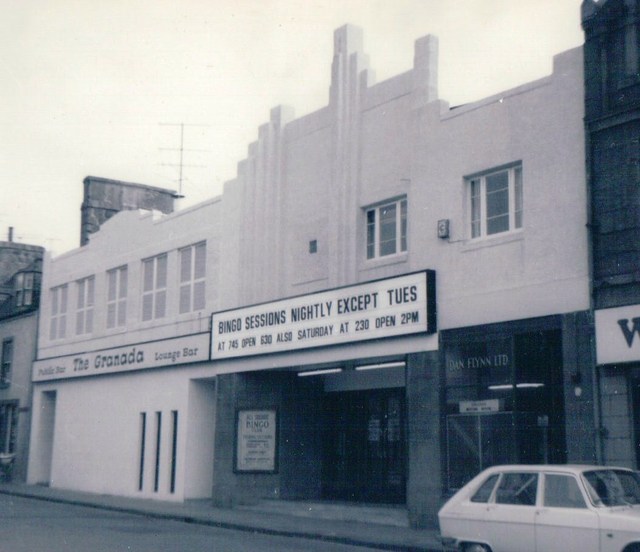 An unpretentious looking cinema in the unpretentious town of Peterhead, Aberdeenshire. The 1,500-seat Regal Cinema opened in 1939. There was a café and dance-hall adjacent, which luckily escaped an unexploded German bomb in World War II. It was operated by J.B. Milne Theatres chain. It closed in the early-1960’s and took advantage of bingo after 1961. The balcony area seating was retained, but this area was not used. Granada converted the café into a bar and disco. The Gala Bingo Club closed in January 2018.

The Regal was a cinema within the J. B. Milne Theatres circuit owned and operated by JBM until his death in 1968 when Kingsway Entertainments aquired the company. In 1959 JBM took over the Playhouse Peterhead from Caledonian Associated Cinemas and eventually the Regal switched to bingo while the Playhouse continued as a fulltime cinema.

It would seem that the Gala Bingo that currently occupies the site has just closed. I’m not sure what the future holds for the building now.