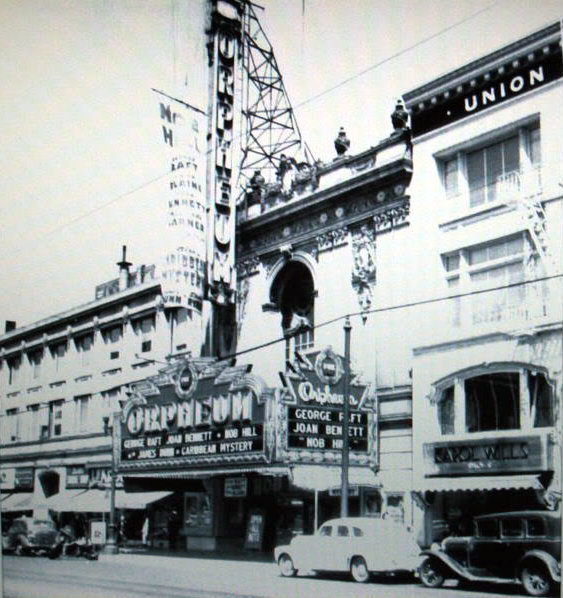 My father told me in the late 30’s that this theatre had a revolving stage for speed of changing scenes and performers.
shoe2

This is excerpted from a 9/15/07 article in the Oakland Tribune. This is clearly a different building, and may not have shown films at all:

The big new temple of vaudeville on Twelfth street, the new Orpheum Theater of Oakland, which for a year has been in the hands of the architects and contractors, today was turned over to the force
of interior decorators employed by the Orpheum Circuit Company to embellish and make beautiful throughout the magnificent house which is to be devoted, hereafter, to the staging of vaudeville shows in Oakland.

Here is an article from the Oakland Tribune dated 6/8/56:

Orpheum Theater May Be Torn Down for Parking Lot Site

The Orpheum Theater at 1730 Broadway, closed for the past four years, may be torn down to make way for a parking lot. Officials of Fox West Coast to what a Fox spokesman called Theaters met with wrecking company representatives today to discuss possible razing of the 33-year-old theater. Robert Bracken, purchasing agent for the theater chain, said only the theater itself would be razed and the adjoining three-story office and store building would remain.

The theater seats 2,550 persons. It closed in May, 1952, due to a “multiple first run situation.” If the theater is torn down, Bracken said a ground level parking lot with a capacity of about 55 cars will be put in. He said the company will have only its decision in about a week.

I recently completed writing the biography of my great uncle, Bee Ho Gray. He was a Western performer from Indian Territory. He performed at this Orpheum Theater during the week of January 6, 1918.

More information about him can be found at www.beehogray.com

In the middle or late 1940’s ( I think 1947) my family went there to see a Marx Brothers movie. After the movie, Groucho, Harpo and Chico came on stage and did about a half hour of some of their funny routines, complete with colorful props and scenery. Re3ally enjoyed it.
Norm Nunes

Here are some pictures of the 1922 Moller Organ from the Fox Orpheum in 2012. http://aztecatheater.com/fox_orpheum_moller_organ.html

Yes, gsmurph, My family and I saw Eddie Peabody on stage there. Must have been about 1949. It was a standard vaudeville production, and I believe he was the final act to come out.

There is an excellent 1928 photo of the Fox-Orpheum Theatre on the Historic-Memphis.com wesite’s Theatre page. Here’s a link to the page. 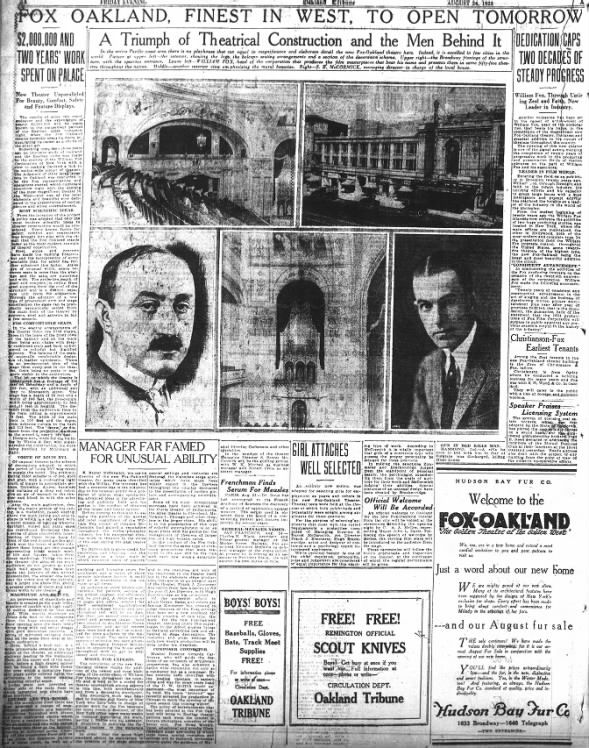