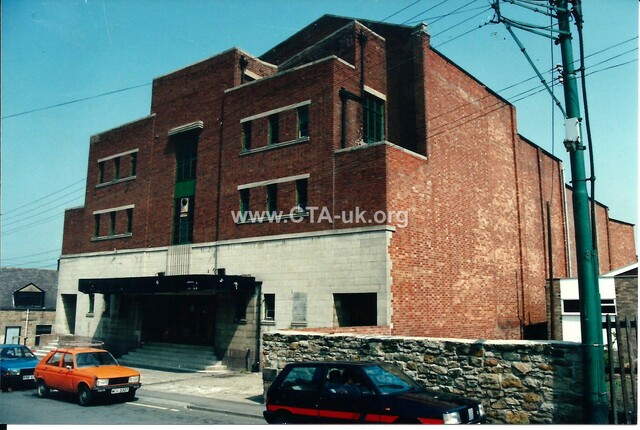 Located in Prudhoe-on-Tyne, Northumberland. The Rio Cinema was built and ready to open in September 1939 when World War II was declared. Its first advertisement in the Hexham Courier newspaper was on 25th November 1939 with the films “Barefoot Boy” staring Jackie Moran and “The Circus Comes to Town”(Under the Big Top) staring Marjorie Main. It was built by Tyndale Cinemas Ltd. The auditorium had a central rib in the ceiling which went from the rear to the proscenium. There were decorative grilles on each side of the 27 feet wide proscenium. The stage was 14 feet deep and there were 2 dressing rooms. It was equipped with a British Talking Pictures(BTP) sound system.

In the 1960’s the Rio Cinema went over to part-time bingo on some evenings of the week, with films continuing on Tuesday, Thursday and Saturday. It went over to full-time bingo and this closed by the late-1980;s. The building was empty and unused for several years before it was demolished in the 1990’s. The site is now an open space in front of a new Co-Op supermarket.