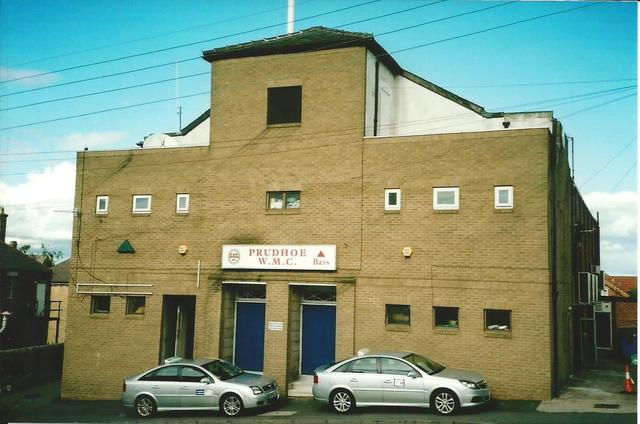 Located in Prudhoe-on-Tyne, Northumberland. The Palace Theatre was opened in 1913. Seating was provided in stalls and circle levels. By 1915, the operator had gone bankrupt. Under a new owner in 1916, films were being screened. The Palace Theatre closed around 1922/1923.

In 1925 it was purchased by the Prudhoe Working Mens Club, and it was known locally as ‘The Big Club’. In later years the circle floor was extended forward to the proscenium. Although the facade has been altered, it still operates today as the WMC and hosts cabaret shows, gardening shows and pigeon clubs etc.