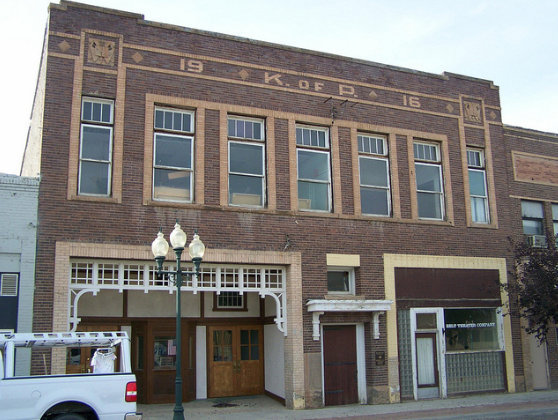 The building housing the Belt Theatre dates back to 1916. It was built as the Masonic Hall. The first theatre in the building was the Pythian Theatre. It was located on the first floor of the building and was operating in the early-1920’s. By 1932 the theatre had been renamed the Palace Theatre and then in 1941 it became the Belt Theatre. The theatre seated 210.

Today the second level is used for live performances. The former movie theatre on the first floor is unused. The Belt Theatre operated into at least the late-1950’s.