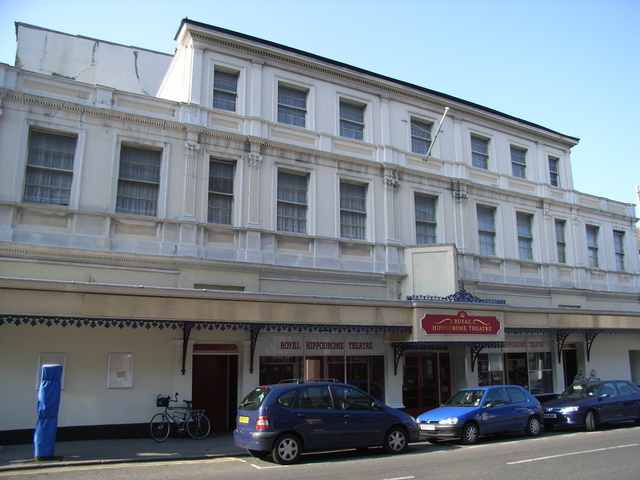 The Theatre Royal & Opera House was opened in 1883. Designed by noted theatre architect C.J. Phipps, it has seating provided in orchestra stalls and two horse-shoe shaped balconies, with boxes on each side of the proscenium. The original seating capacity was for 734. The proscenium is 24 feet wide, the stage 23 feet deep and there are 8 dressing rooms. In 1904 it was re-named Hippodrome Theatre and became a variety theatre, showing films as part of the programme.

In the 1970’s the plaster decorations on the fronts of the two balconies were removed as well as the boxes beside the proscenium. Now owned by the local council, restoration work began in 2003. The Royal Hippodrome Theatre is a Grade II Listed building.