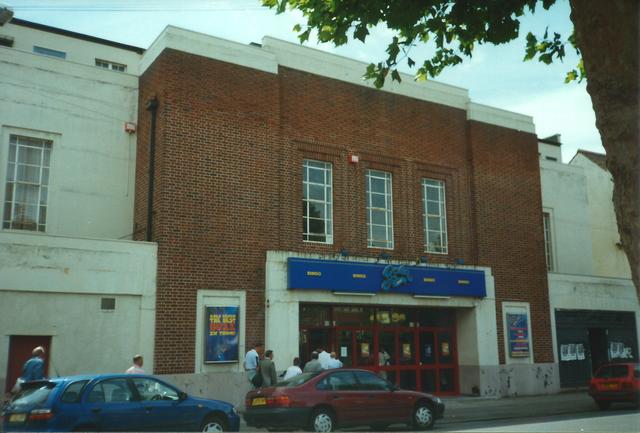 Located in the northwest Bristol district of Shirehampton. The Savoy Cinema was opened on 2nd October 1933. Seating was provided for 782 in the stalls and 200 in the circle. The proscenium was 38 feet wide. It was equipped with a Western Electric sound system.

It was later taken over by the Cardiff based Jackson Withers circuit. The Savoy Cinema was closed around 1961 and was converted into a bingo club. In 1972, Jackson Withers sold the building to the Rank Organisation, who operated it as a Top Rank Bingo Club. It later became a Gala Bingo Club, and was closed in the mid-2000’s. It was demolished and a block of flats was built on the site.