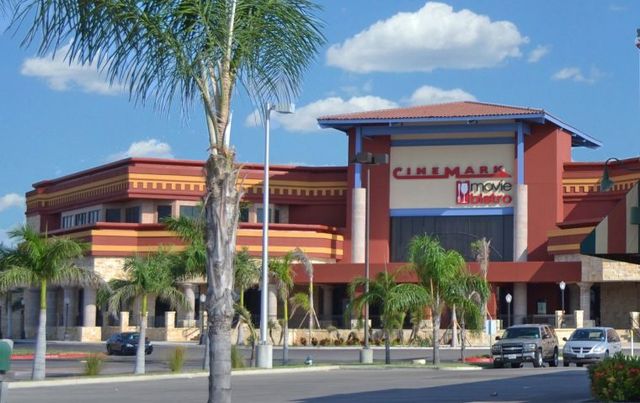 Cinemark brought in-theatre dining to the Rio Grande Valley for the first time ever with the August 30, 2013, debut of it’s “Movie Bistro” concept.

This theatre was originally scheduled to be an Alamo Drafthouse. The developer was forclosed on and a new developer purchased the project in 2010, in 2012 it was announced that Cinemark would operate the unfinished project when it was completed as their Movie Bistro.