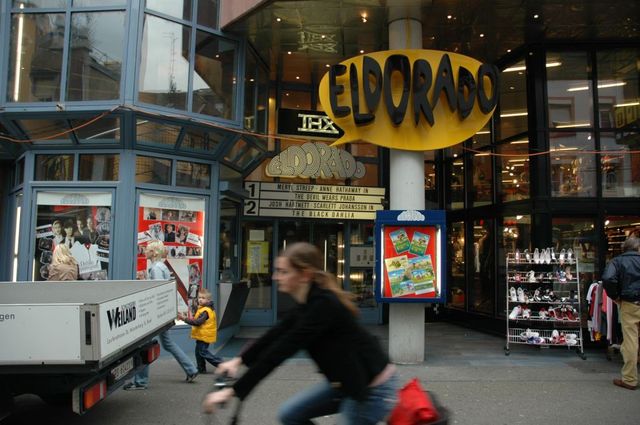 Built on the site of the Odeon Cinema (1914), it was re-named Eldorado Cinema in 1921 and continued to operate into the late-1940’s. A new Eldorado Cinema was built and was designed by architect Emile K. Grauwiler, opening in April 1949. Seating was provided 1,078 with 748 in the orchestra and 330 in the balcony.