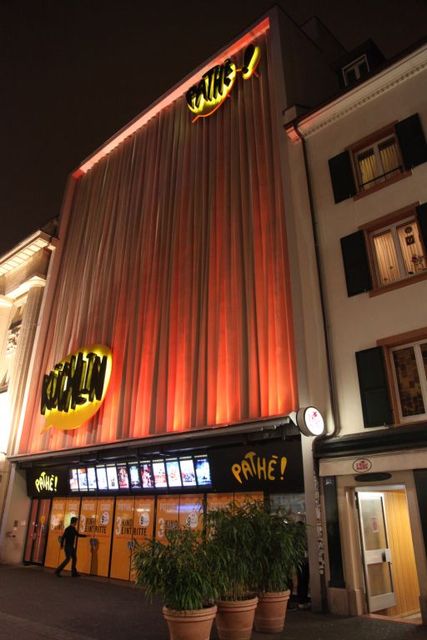 Built by Karl Kuchlin, Kuchlin’s Variete-Theater was opened on 31st August 1912. It was designed by architectural firm Erlacher, Widmer & Calini in a Neo-Classical style. Later operating as the Kuchlin Cinema, it had a seating capacity for 1,230, with seats in orchestra, balcony and upper circle levels. In 1950 it was re-modelled to the plans of architect Emil K. Grauwiler. This auditorium now serves as Screen 1 and has retained its original features.