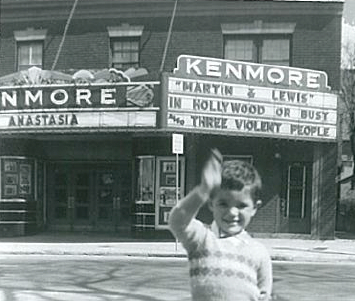 The Lyric Theatre is proud of the history of theatre in Hamilton, Ontario, with both an illustrious performing arts history and an exciting future ahead. Originally built in 1923 as the 647-seat Kenmore Cinema, the Lyric Theatre has housed an assortment of cultural venues. Its first architectural reincarnation was the CHCH Telecentre featuring the long running Tiny Talent Time, Smith and Smith, The Red Green Show and The Hilarious House of Frightenstein.

Theatre owner, Patrick Brennan intends on bringing the building’s rich history and acclaim back through renovation projects and innovative programming. This business venture developed out of Brennan’s technical and design practice in performing arts. His career spans various companies, universities and festivals in Toronto, Ottawa, Peterborough, London, and internationally in Scotland, Ireland and the United States

The Lyric Theatre presents and produces live performance featuring theatre, music, variety, spoken word and dance artists. It is conscious of preserving history while being the crucible for emerging and established artists and companies. Building on Hamilton’s famed vaudeville history, The Lyric Theatre gives emerging talent a platform to learn and explore, and seasoned professionals an opportunity to grow and experiment.

Closed for renovations, it reopened in September 2014 but had closed by 2018. In late-2019 $5-million plans were proposed to renovate the theatre and redevelop the site by adding short term furnished rental units. On January 2, 2020 a gust of wind dislodged bricks from the parapet of the facade with them falling onto the marquee, resulting in the city placing an unsafe order on the building.

While I wish the owner of this building well, in their desire to reopen the former Kenmore Theatre as a live performance venue, I do wish that they had not used the name “Lyric Theatre” to describe it.

The Lyric Theatre, later renamed the Century Theatre, stood between August 1913 and January 2010, on Mary Street. It had a rich theatrical history, with performers like the Marx Brothers on its large stage, in September 1919.

Now, when one googles “Lyric Theatre, Hamilton, Ontario”, you get this building, which has had a rather short history, mostly as a small neighborhood cinema, compared with the 1800 seat Keith / Albee circuit vaudeville house, downtown.