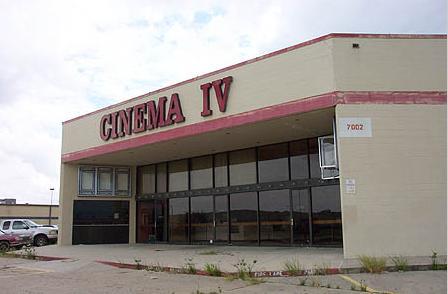 When did Cinemark close this theatre?

Frels Theatre Circuit launched the Cinema IV on July 6, 1984 as an outparcel building adjacent to the Victoria Mall in Texas. Architect of the $1.35 million project was Brookbank, Murphy and Shields of Columbus, Georgia. Theatre sizes were 306, 224, 196, 182 for a total of 908 seats. Five years later, Cinemark USA bought out Frels Theatre on July 22, 1989 and the Cinema IV was now a Cinemark property. Signs were put up saying Cinemark would expand the property to the Cinema VI – a project that did not occur.

When Cinemark launched its new 12-screen theatre behind Victoria Mall, it downgraded the Cinema IV to discount, sub-run status on May 11, 2001. That lasted until January 12, 2003 when Cinemark closed the property. It was soon demolished to make way for a Home Depot.