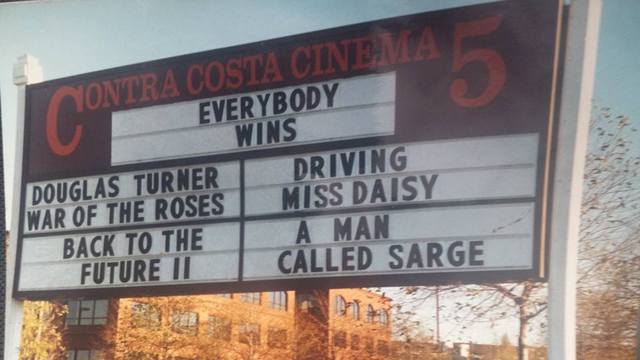 The Contra Costa Times reported in May of 2000 that the Contra Costa 5 was among three theaters purchased by Signature Theatres from Mann Theaters. The other two theaters were in San Ramon and Walnut Creek. In September of 2001 the Times noted that after at least 30 years the Festival 5 had closed.

Sometime in the mid-2000’s the theater was taken over by Cinema West, who added three screens and stadium seating.