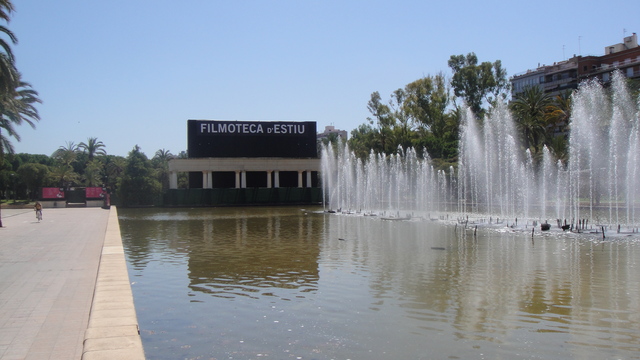 Located opposite the Palau de la Musica, in the drained bed of the former river which has now been converted into a park, this section known as the Turia Gardens.

The Filmoteca d'Estiu is a temporary outdoor cinema, that is open throughout every August. It screens recent movies, and independent arthouse movies, with performances begining at 10:30pm.

It is operated by the IVAC Filmoteca who’s main base is the splendid Art Deco style former Cine Rialto (1936) in the city centre, today known as the IVAC Folmoteca Valenciana.