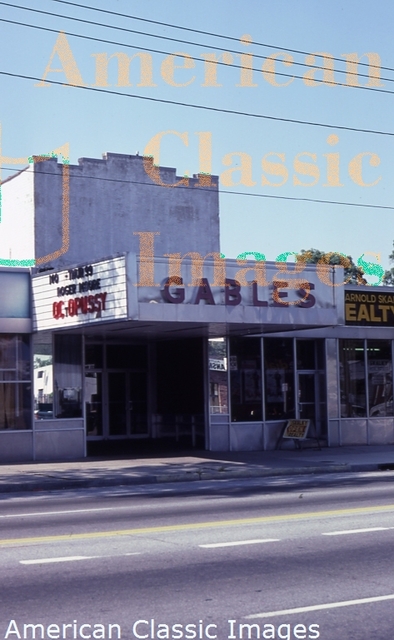 Another Long Island neighborhood second run house, originally with an address 173 Merrick Road when it opened around 1932. In the early-1940’s it was part of the Prudential Theatres chain. In the 1970’s and 1980’s, the price would be the last two digits of the year.

The Lupo I remember well, was easy to distinguish. He was short, a bit fat, wore glasses. He hired me to clean the outside then I became an usher. I definitely wasn’t working there when you were manager. When I started, Dave and Mary were dating. My name is Tom, but I am not the Tom you are talking about. But there’s more to the story. The Mary you are talking about, who eventually became Asst. Manager under Lupo, eventually broke up with Dave, and started dating me. I wasn’t the cause of the break-up, but it did put a bit of a rift between Dave and me. Dave was a good guy. I understood. Mary strung me along for about a year to a year and a half. I was a dumb 18-19 year old, very fond of Mary. She was not nearly as fond of me. Eventually, I ended it. I was tired of being miserable. Fact is, she ended it a lot sooner by her actions,only it took me awhile to get the message. Now here’s a funny trivia fact. While I was in law school, Mary married, and her and her husband bought a house 2 doors away from mine.Though I found this quite disconcerting at the time (Mary was my first real girlfriend), and I was on my 2nd or 3rd girlfriend by then, I couldn’t believe it—of all the homes on Long Island! Truth be told, I mattered for naught. I got a laugh out of it then though, and still do.

Great Stuff! :–) Thanks for sharing it. Ironically I was just telling (a few hours ago) a young friend down here in Daytona about some of my long ago amorous misadventures. My late wife had a lot of Mary’s physical features, I would say “Have I mentioned lately that you’re way too beautiful for me?” and she’d turn bright red and would laugh. I used to call her “My lovely little piranha” and after five years she whacked me on the head — ‘I looked up piranha — you creep!’

That is definitely the Lupo I broke in. He was a better manager than me because he believed in the career. By the time I quit it was just a long drive for a low salary. I’d have quit sooner but I loved the staff. Most of them were only five or six years younger than myself and we always had a lot of fun on the job. I’m sure Dave is the guy I remember as Tom, he was a tallish kid with bright blond hair and his older brother, a much quieter person, must have been Tom. I don’t remember not liking any members of the staff. Sounds like we missed each other by a few weeks.

I remember The Gables as great place, with it’s gaping holes in the roof, unsafe back walls about to fall onto the street, and it’s great staff (I used to call them ‘The kiddie Corps’) who I still think of as good friends.

Much earlier on I commented the place was a dump. As I read these comments it was even worse than I thought.

The building was a small vaudeville house that UA didn’t put any money into. I don’t know how they got away with it. The first thing I did as manager was to write up a long list of obvious structural problems and some empty suite genius in the main office (at Great Neck) told me I was hired as a manager so I should just mind my business and manage, not pretend I was a structural engineer — that was the kind of thing everything who ran that kind of theater ran into if they tried to get some maintenance in the place. I was told by my district manager that the company was putting money into their “flagship” theaters and The Gables was just to be milked till it fell down! That it lasted at least five years after I left amazes me; the building inspector must have been totally corrupt.

I’m sure it was a terrific place fifty or so years earlier, when it had live shows. I used to go behind the screen to try to scrounge up things I needed for very basic repairs and it was a treasure trove of old signs and props, whatever. I’d worked at several similar theaters during the ‘60s, they all had their own sort of personality but they weren’t good money makers by the early 70’s, when the theater chains first began the multiplex idea. One of the reasons I quit is the regional manager told us at a meeting that they were planning to replace projectionists by using a new, simpler machine that the manager would operate in addition to his other duties. As far as I was concerned it was already an underpaid job and I wasn’t willing to take the next step to be a robot with them.

Yeah, the Gables was a dump by the time I got there, but it was also fun to work there. — As I said in the earlier post I had to go around putting pails under the worst roof leaks, outside there was a ground to roof crack in the brick wall that was expanding away from the theater; none of that never ended while I was managing the place and I personally reported these things to the main office and complained about the building not being even minimally maintained and warned that it might turn into a catastrophe before much longer. As I asked earlier, how could the owning company have gotten away with such disgraceful practices?

Ed Solero – if you Street View westerly on Fox Blvd near the intersection of Merrick Rd., zoom in to the contemporary-looking 2-story office building that is more center-block with a parking lot in front, surrounded by the Merrick Galleria shops (80’s architecture). That 2-story office building is the reworked Merrick Gables theater. I grew up in Merrick and had been to enough 99 cent double features in the ‘dump'during the 1970’s to know.

But why was it called the Gables?

Called gables because that is the name of the development built in the 20s surrounding it. i grew up 1951 – 69 on the adjacent street lincoln blvd

We gave the sixties manager mr gray a hard time playing stickball in the back parking lot. he called the cops and sent ushers out to grab us.

The biggest line around the theater to get in I ever saw was a daytime saturday showing of a japanese sci-fi movie called the mysterians around 1959, must have been a hundred kids. the movie wasnt that good – nothing like say, gorgo, but it had a great ad or trailer on tv

I am amazed to see all of the comments about Gables Theater. I grew up in Merrick until age 11, about 1976. I remember at least one summer Gables showed double-features for kids on several consecutive Saturdays. They were Disney films, possibly other films as well, but I do remember seeing a few Herbie the Love Bug movies on those Saturdays. For a child in those days, Gables was a wonderous place. I also remember seeing a Saturday marathon of Planet Of The Apes movies, but I am not entirely sure it was at the Gables.