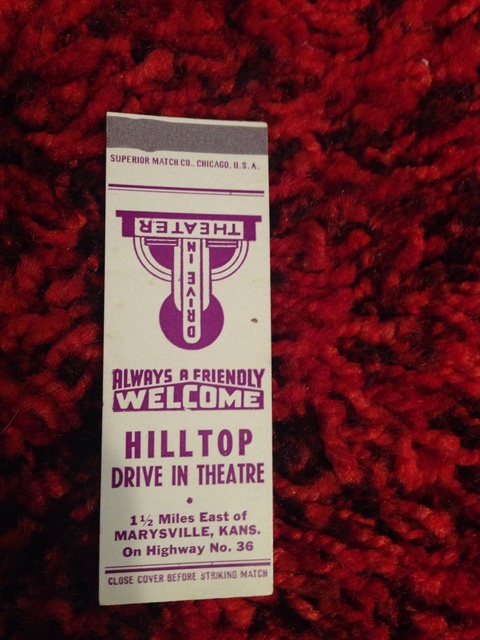 The Hilltop Drive-In was opened August 22, 1950 with Cornel Wilde in “The Homestretch”. It was operated by Eddie Henderson. By 1955 it was operated by Ray Winch. It was closed September 27, 1981 and ther screen was demolished in 1982.

Approximate address is 1163 Pony Express HWY (HWY 36). The drive-in was located on the south side of the highway.

Today, the property holds at least one business with no traces of the drive-in remaining. However, there is an old marquee at the entrance to the business which may have been a part of the old drive-in. https://goo.gl/maps/dOKHy

Mayor Eddie Henderson opened the Hilltop Drive-In Theatre in Marysville on August 22, 1950 with a soft launch and the film, “The Homestretch.” The official opening was August 25, 1950 with the film, “Albuquerque.” The theatre closed in September 27, 1981. In 1982, the screen was demolished.

The Isis theatre and Hilltop drive-in at Marysville, Kan., formerly owned by Liberty Theatre Co. and now operated by Fox-Midwest, are in the hands of a receiver. The courts appointed R. L. Helvering to operate them temporarily.

It was published inadvertently in the June 23 issue of the Herald that Fox Midwest operated the Isis theatre and Hilltop drive-in, Marysville, Kan.