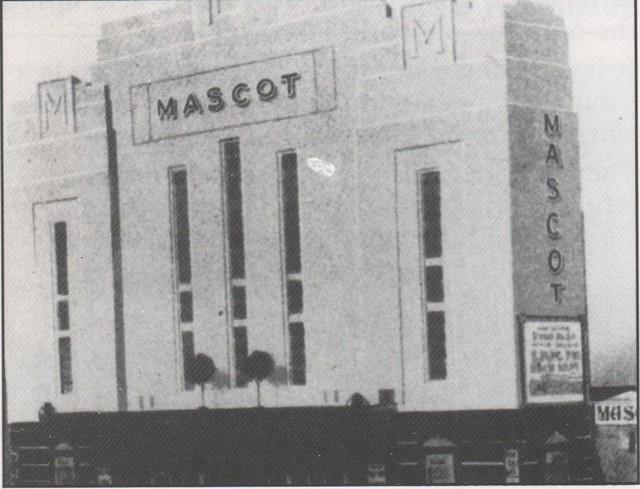 Located in the Essex seaside town of Westcliff-on-Sea (near Southend-on-Sea). The Leigh Road Theatre was named after the original name for today’s London Road. It was opened in 1912. By October 1914 it was operated by Raymond Animated Pictures Company, and was re-named Mascot Cinema.

In 1932 the cinema was enlarged with the addition of a balcony, and given an Art Deco style makeover. In 1939 it was operated by the Ben Jay’s Circuit.

The Mascot Cinema was closed from March 1940 until December 1942 due to war-time conditions. The Mascot Cinema had a café/restaurant for the convenience of its patrons, and in the 1940’s it presented stage acts as part of the programme. It was then part of the Albion Circuit, before passing to an independent operator.

In January 1954 it was taken over by the Newcastle based Essoldo Circuit. In the early-1960’s it became a bingo club operating on Sundays, with films being screened the remainder of the week. Essoldo were still operating the Mascot Cinema until it was totally destroyed by fire on 27th October 1964. A supermarket was built on the site.