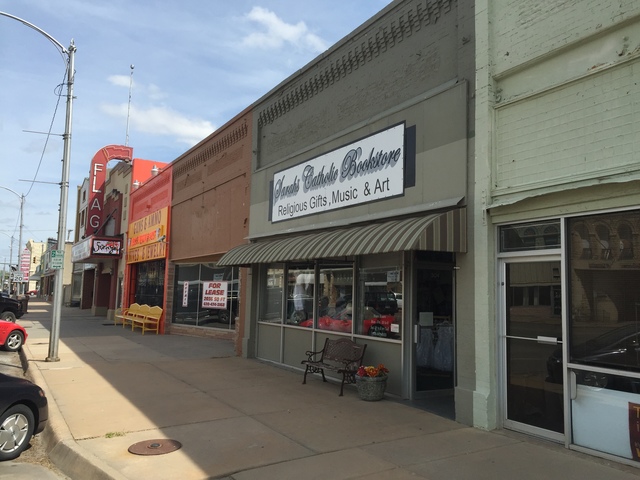 The Iris Theatre opened on February 19, 1912, and according to the Hutchinson News, the seats on the slanted floor faced the front entrance. This strange configuration is shown on the Sanborn Maps, with the projection room in the middle of the theatre. In June of 1930 the Hutchinson News reported that Fox Midwest now controlled all of the local theatres. The other theatres were the Midland Theatre, Strand Theatre, Royal Theatre, and the Fox Theatre in the planning stages.

On February 22,1932, after being dark for at least a year, the Iris Theatre installed sound equipment and was opened by Ensign Burrton. Its policy was described a being a dime house, featuring 2nd run films and westerns. The State Theatre, owned by the Sproule brothers, opened three doors away in 1936 and the Iris Theatre, by then operated by the Sproules, continued on until May of 1943. A news story in January of 1945 referred to the theatre as the old Iris Theatre and that it was now being used as storage.

The old building has most recently been home to Sarah’s Catholic Bookstore.

Current picture of the former Iris in the Photo section.