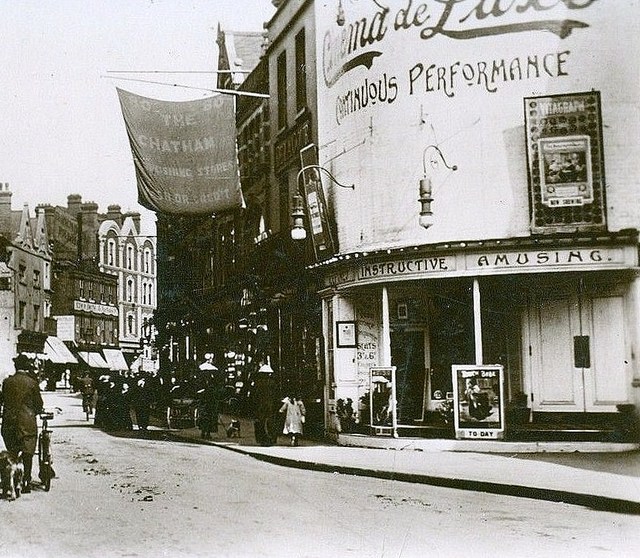 Located in Chatham, Kent. The Cinema de Luxe was a conversion of an existing shop. It opened on 22nd January 1910. Seating was provided on long wooden benches (you could bring your own cushion!)

It was later re-named Silver Cinema, and from 1921 was re-named Corner House Cinema. It was closed in 1922. It was demolished and a gas showroom was built on the site in the 1920’s. This later became offices, and in 2014 is occupied by Newrein.