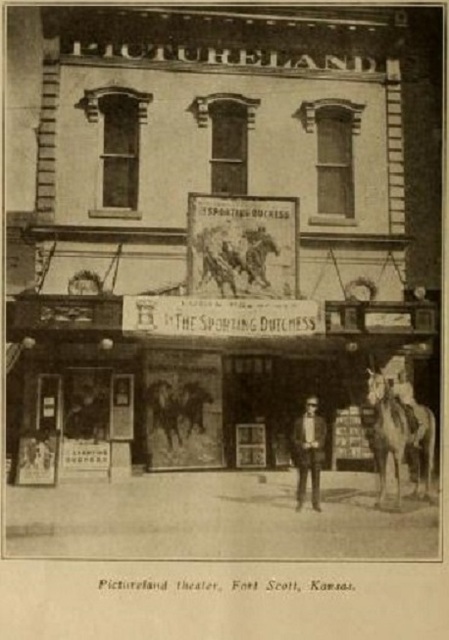 The Pictureland Theatre was in operation by late-1909 as a storefront nickelodeon. The business prospered and in 1913 owner Harry C. Ernich, who had previously been the manager of the Davidson Theatre, hired architect Carl Boller to rebuild the theatre.

The house was closed for six weeks to gut the building and install a proper theatre, with foyer, sloped floor, a balcony, and a small stage suitable for vaudeville. The expanded Pictureland Theatre reopened in October with 500 seats.

In 1917, a new owner again remodeled the house and reopened it as the Empress Theatre. The Empress Theatre was Fort Scott’s leading theatre until the Liberty Theatre opened in 1919. Eventually the house came under the control of Fox Midwest Theatres. It was still open in 1952, but had closed by 1954. The building was returned to retail use.

In 2014, the name Empress returned to the building, though it is no longer a theater. The ground floor was renovated and converted into the Empress Event Center, and the second floor was restored for residential use.